New York City oozes a rare brand of cinematic serendipity; it’s almost like Woody Allen is orchestrating from a director’s chair above. For Jay Meredith (“Jaymere”) Stein the chance moment was when she accidentally walked into interior designer Michelle Smith’s Union Square apartment, planning to look at a different unit for sale in the building. As she stepped into the two-bedroom flat, it was love at first sight—and then she realized she recognized the apartment from Rip + Tan and One Kings Lane, as the space had been published on both. “This has been my dream apartment, and the universe kind of gave it to me,” Jaymere says.

As Michelle describes it, her future client made an offer right away. Three months or so later, the phone rang in Michelle’s office. “She was like, ‘Hi, I’m Jaymere. I bought your apartment. I should have called you from the beginning because I realized I love the apartment the way you had it.'”

The pair have quite a bit in common. For starters, they’re both from the South and the same age. “We shared a very similar aesthetic,” Jaymere adds. “She really has a great sense of old and new and vintage and modern, and she’s incredible at mixing. I saw that right off the bat. It was just a lovely place to live and be.”

Despite Jaymere’s love for the original space, this was no copy-and-paste project. Jaymere moved in with a fairly extensive collection of furnishings, including many sentimental heirlooms from her grandmother—plus she’d made a few changes in her first three months of ownership. 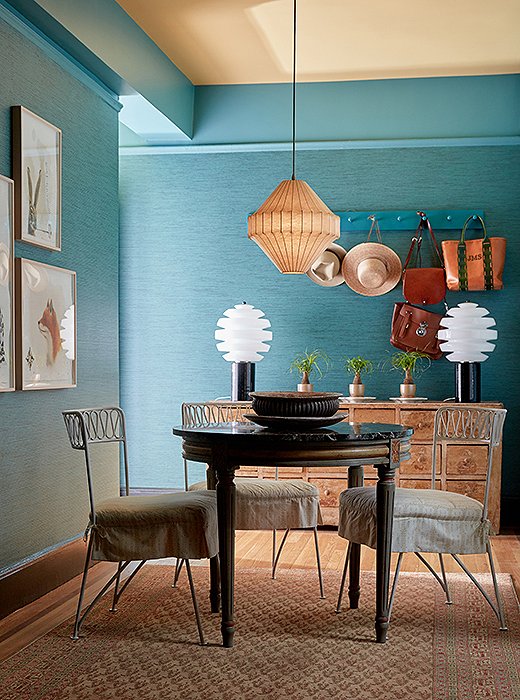 Jaymere wanted the first room in her apartment to be more of an entry than a dining room, as Michelle had had it when she lived there. “She skipped the dining altogether, except for that little round table that seats four,” Michelle says. Jaymere’s love for vibrant color—she had painted the ceiling yellow and installed the teal grass-cloth wallpaper before hiring Michelle—is quite evident.

“It’s funny because it didn’t even smell like my apartment anymore,” Michelle says. “You walked into a green foyer with a yellow ceiling. The master bedroom was already wallpapered in that floral. The other bedroom was already a light purple.” The project became much more about making sense of Jaymere’s pieces, optimizing the furniture plan, and choosing fabrics and accessories that pulled it all together. “If you look at her finished apartment versus mine, they’re totally different,” Michelle says. “She loves color. She loves floral. She loves pattern and cool blues and true colors. Meanwhile, I like noncolor colors like white and camel,” she adds. “That apartment is a product of her, 1,000%. She just let me have fun giving her what she wanted.” 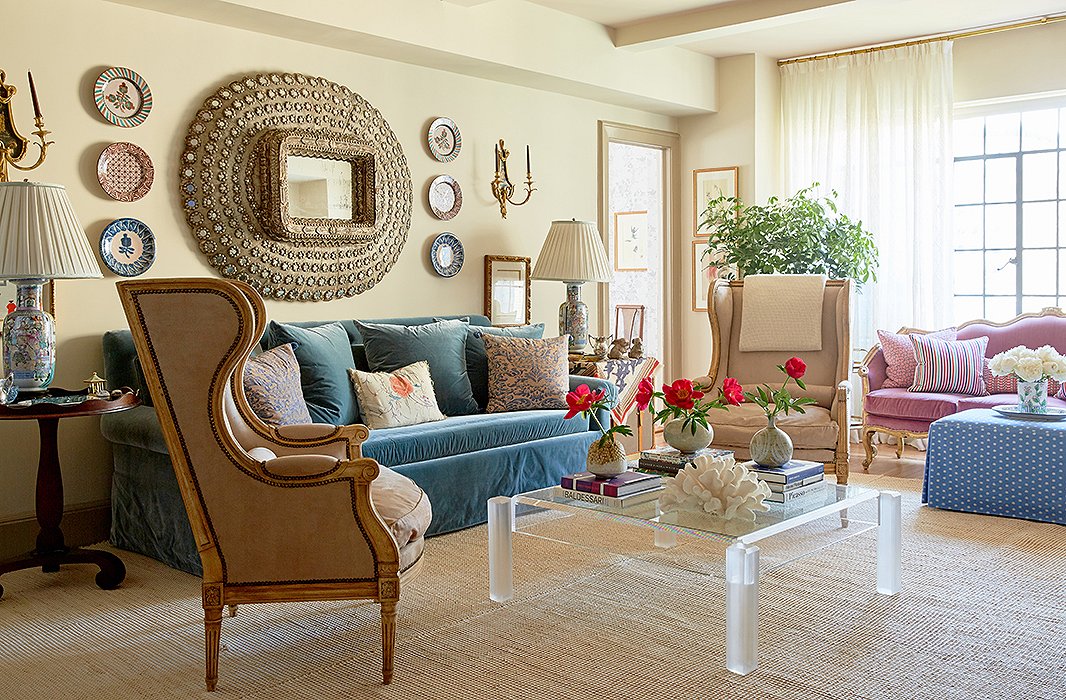 “Once I ‘got’ her, and I found the right inspiration—a little bit Lee Radziwill and a little bit Renzo Mongiardino—it was very easy,” Michelle tells us. Much of the living room is inspired by a room created by the Italian design master Mongiardino. His design “has a mirror similar to her Moroccan mirror that she already had. Then, ottomans that are teal blue, and a lot of pink. That was my color inspiration for the room,” Michelle says. A set of plates frames the room’s mirrors. 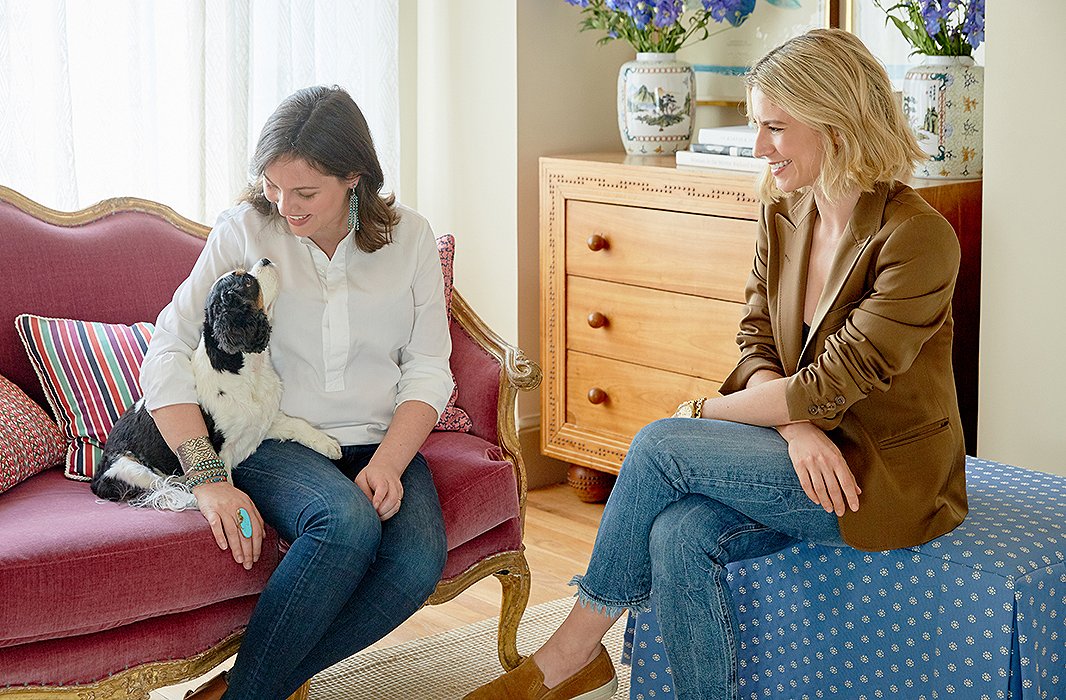 Aside from that fact that Michelle had lived in the apartment herself, what made this project different was that Jaymere already had a lot of decor. “It was really a lot of fabric play, furniture plan, and some new lighting,” Michelle explains. “She had already painted. Wallpapered. She had a few pieces of furniture, but she was open to reupholstering them.”

I love that it’s a place people like to come and like to be. It's all about the company that you keep inside of it. The apartment wouldn't be anything without that. 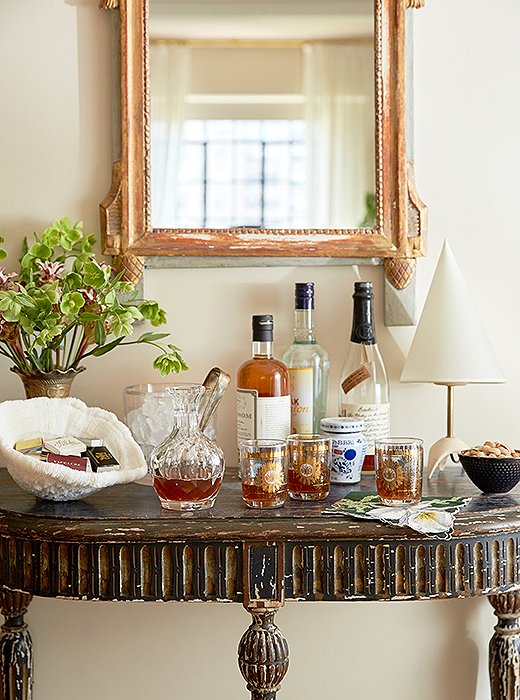 “I wanted the living room to be a place that would function under many scenarios—not only a comfortable place for people to be together but where I could entertain,” Jaymere says. “I hosted 30 people for Thanksgiving there and was able to use everything in there. I wanted a space that was warm and inviting without being too cluttered.” 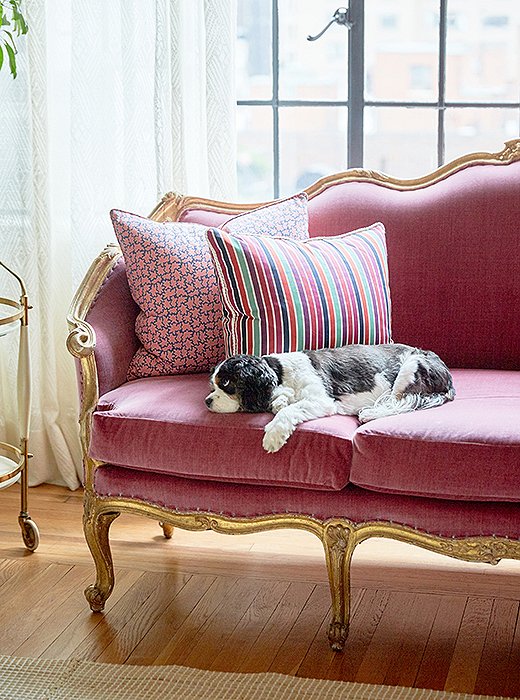 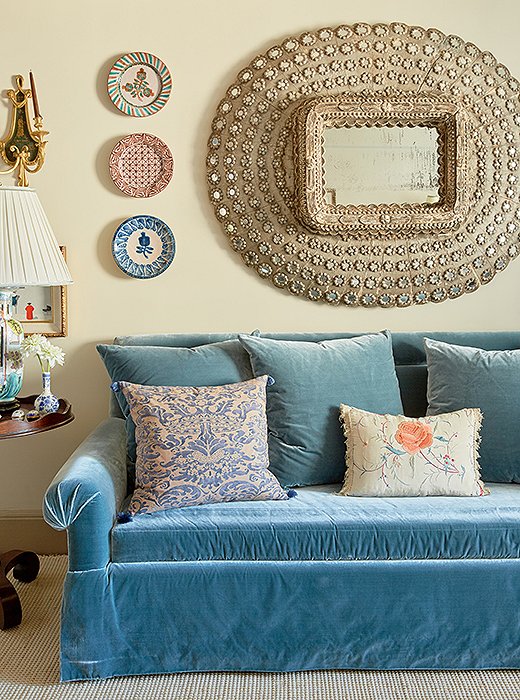 The plates framing Jaymere’s peacock mirror are made by interior designer Penny Morrison. “Aren’t they cute?” Michelle says. “Now everyone loves the [Richard] Ginori plates, but I feel like these are cooler.” 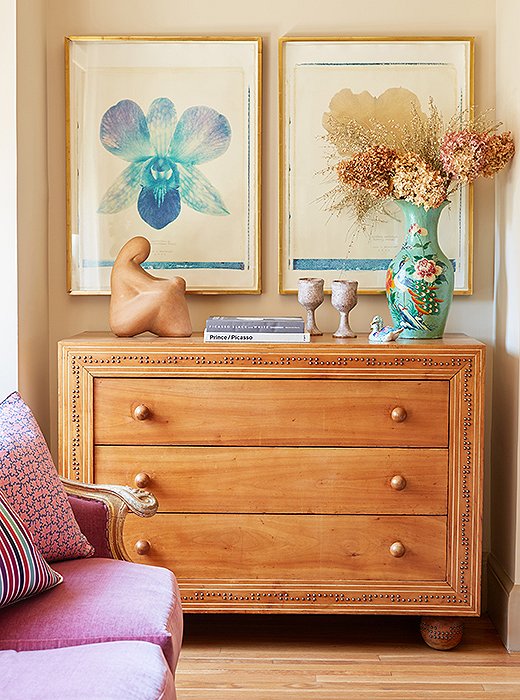 “I love the dresser with studs and the big ball feet,” Michelle gushes over the antique find. “It makes me want to buy plain dressers and put nail heads on them.”

That apartment is a product of her, 1,000%. She just let me have fun giving her what she wanted. 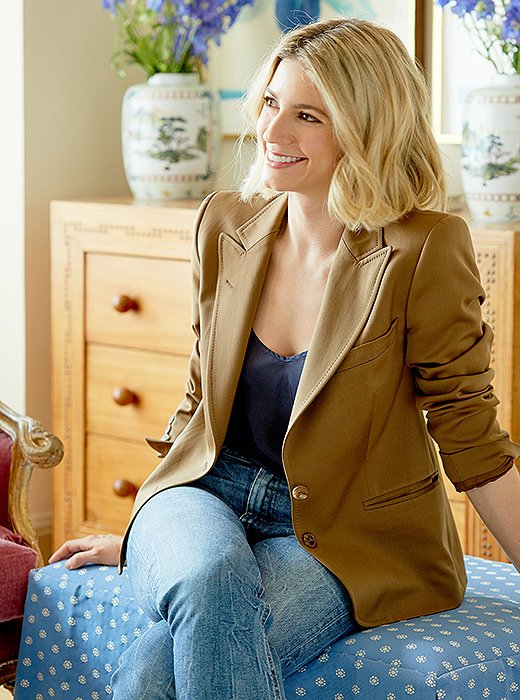 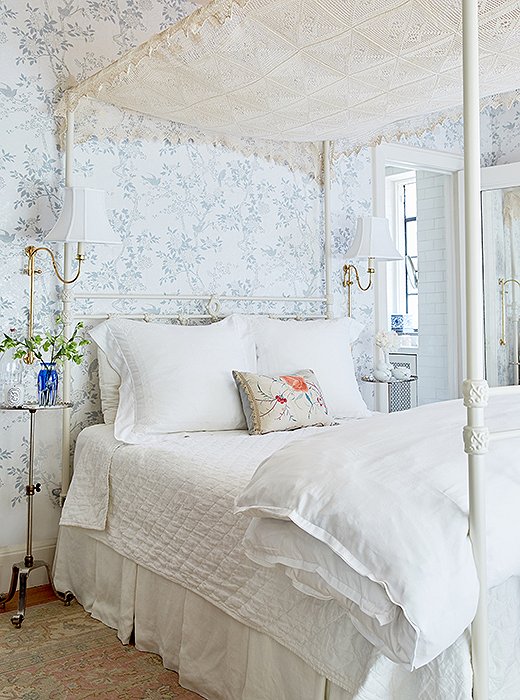 The designer tells us her favorite finds for the space are the bedside tables in the master bedroom: “There’s really no space for a queen bed and two tables, so they’re just drink tables. They’re so tiny. They’re so cute. They have a scalloped edge and are nickel with little brass threads that lift them up or down so you pick the height.” 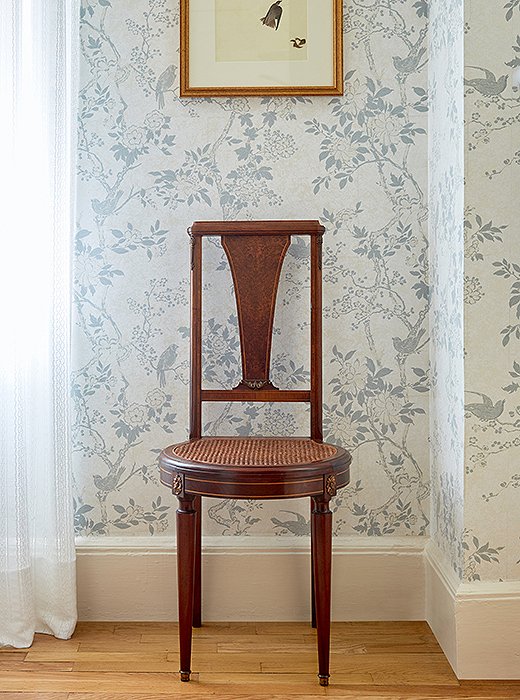 Jaymere had already wallpapered the master bedroom in a floral pattern before Michelle began working on the home. 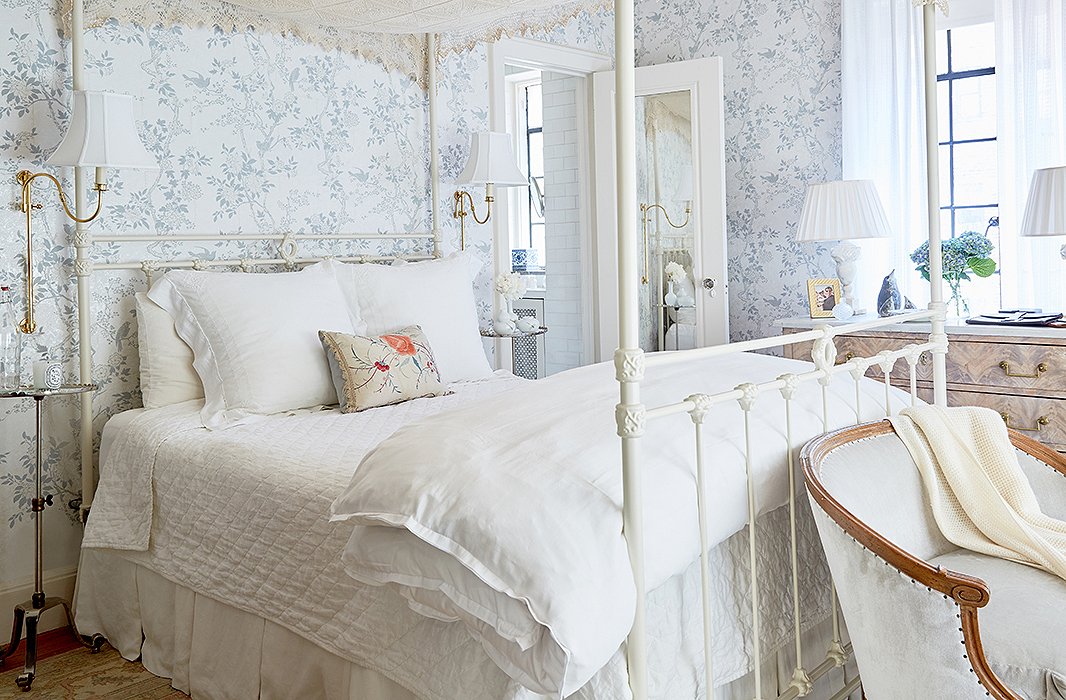 Michelle found room for a comfortable antique settee at the foot of the bed—perfect for slipping on your shoes or tossing clothing. 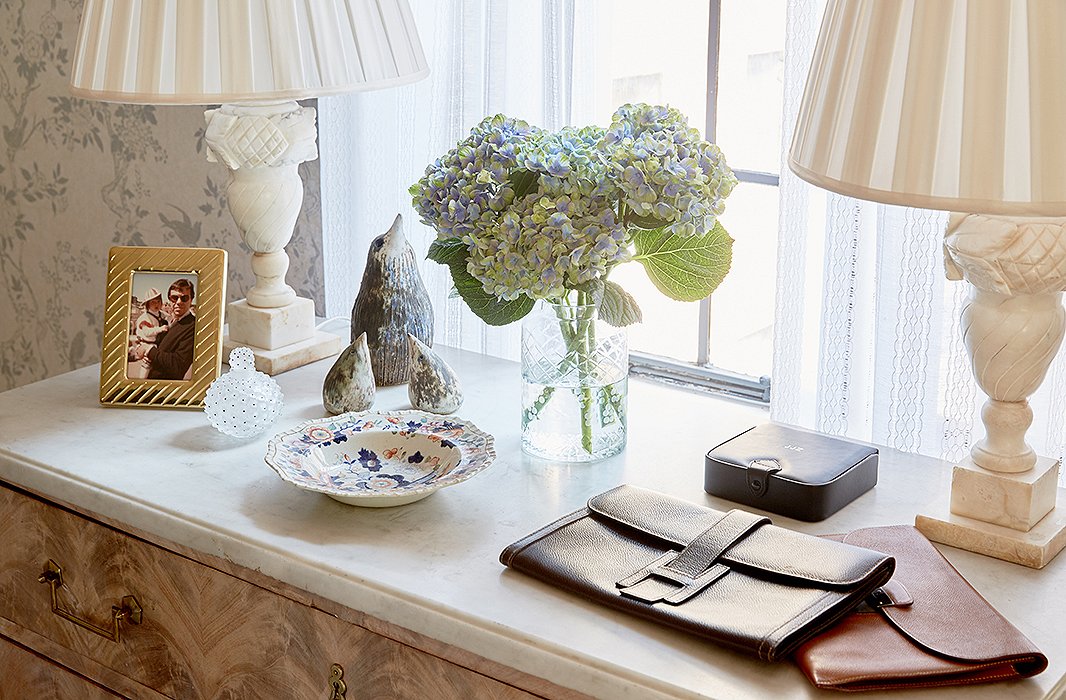 Jaymere moved in with a lot of furniture and decor but needed Michelle’s help with layout. “She didn’t have anything where it ended up,” Michelle says. “She didn’t think a dresser should go in front of a window. I was like, ‘Of course it should.’ I did move a lot of things around.” 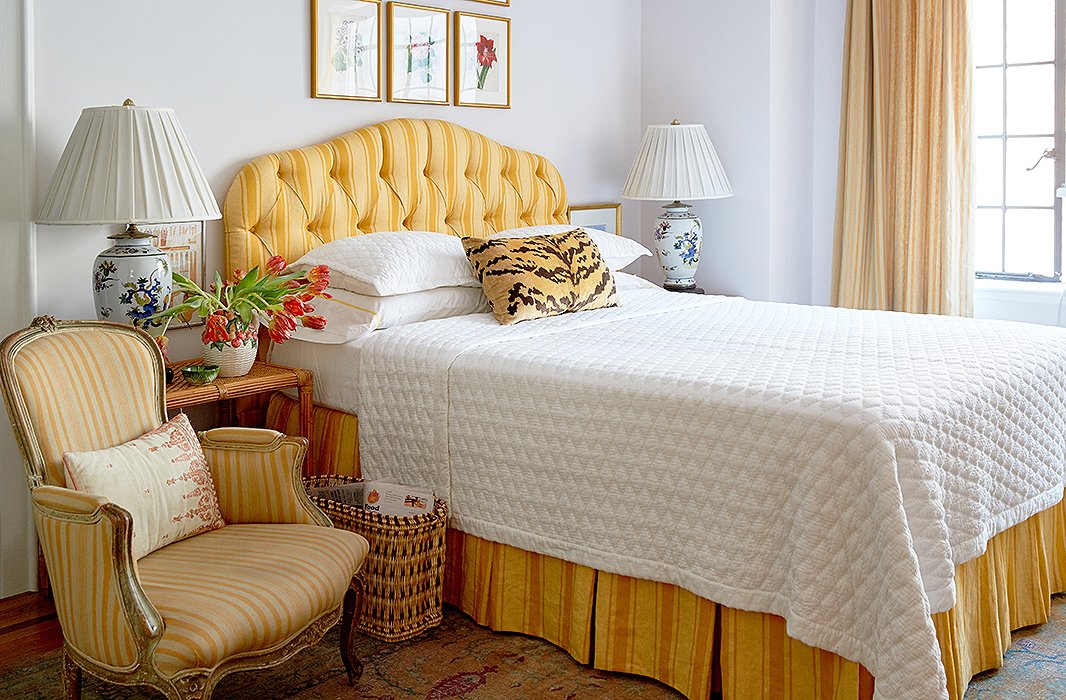 “I wanted the two bedrooms to be really different, and I think they completely are,” Jaymere tells us. “In the guest bedroom, it’s more bright colors, and there’s a lot more active energy going on there.” 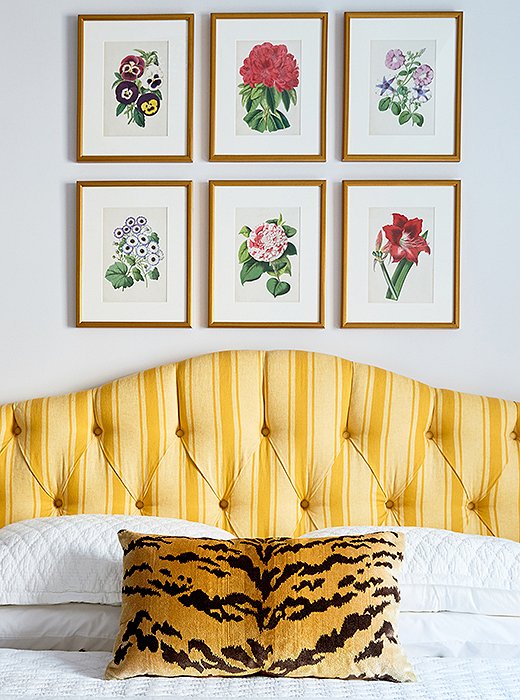 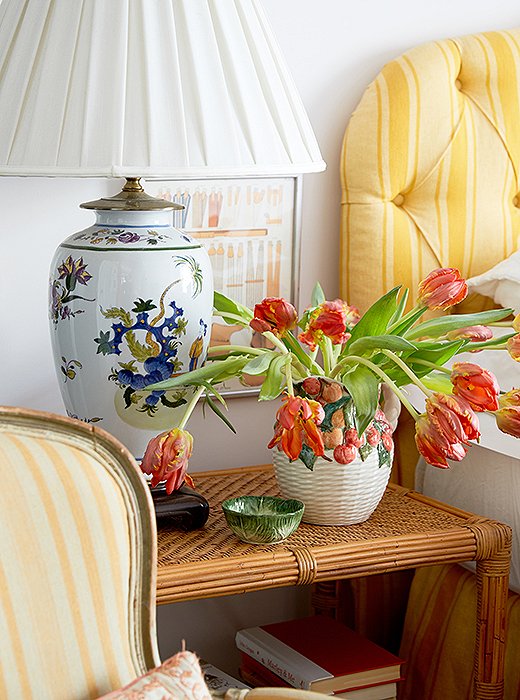 Your year ahead in decor, according to the stars 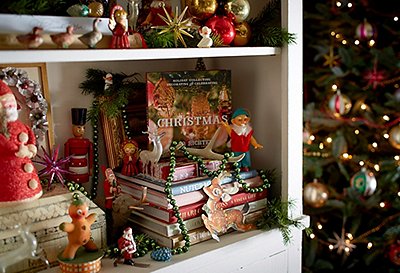 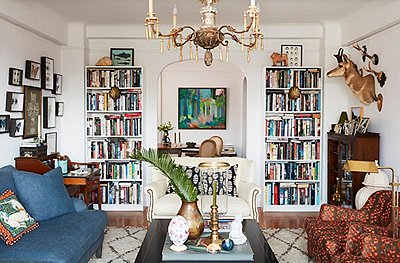 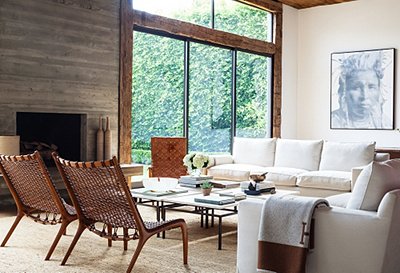 How to Master the Art of Minimalism

When less is more 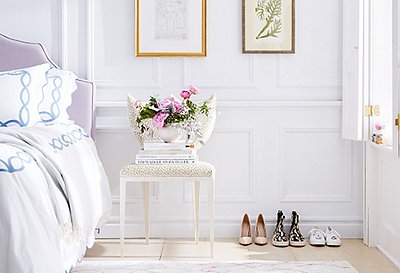 3 Ways to Style Your Bedside—Which Is Right for You?

Chic bedside ideas that go beyond your basic nightstand